An Overhaul of the Philippines

Maharlikanism and the 8 Constitutional Virtues

Maharlikanism is a set of solutions to overhaul, either gradually or totally, Philippines into Maharlika.

It is an implementation of our proposed Social Superphysics which aims overhaul the current unsustainable economic and political systems which were established by colonialism and the industrial revolution.

You could say that while the current systems had mercantilist and industrial roots, the systems from Social Superphysics has its roots in the internet and the Enlightenment. This makes it responsive, flexible, cooperative, democratic, and universal.

This is very different from the rigid, dogmatic, monopolistic, nondemocratic, and non-inclusive qualities that characterize systems from the 19th and 20th centuries. The latter systems are breaking down because of the inequality and global warming disasters caused by a blind focus on the ego-based objects of money, industrialization, consumption, and growth, without any matching focus on morals and fellow-feeling.

The solutions are derived from two groups:

According to Socrates, the problems in societies are largely due to humans going beyond the natural balance of things. For example, extreme wealth and poverty can lead to a society’s ruin:

Under the influence either of poverty or of wealth, workers can degenerate. Here, then, is a discovery of new evils of wealth and poverty, against which the guardians will have to watch, or they will creep into the city unobserved. Wealth is the parent of luxury and indolence. Poverty is the parent of meanness and viciousness. Both are parents of discontent.

This can be easily seen in the rise and fall of civilizations: 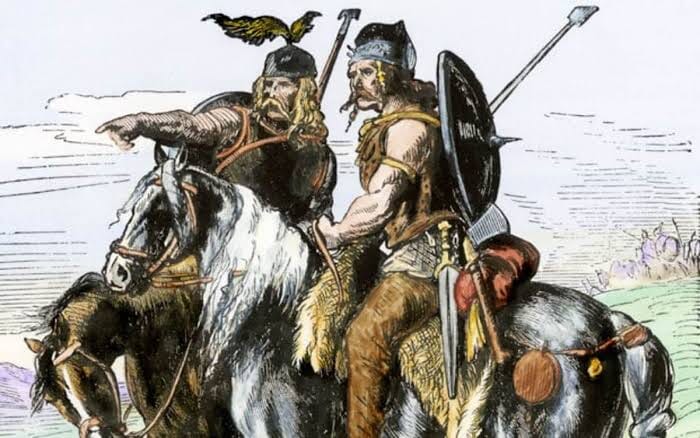 His solution was a federalized system of city-states that would connect to each other to form a resource-sharing network:

The true creator of a State is necessity. The first and greatest of necessities is food, which is the condition of life and existence. The second is a dwelling. The third clothing and the like. Now let us see how our city will be able to supply this great demand.. We must then enlarge our borders, because the original healthy State is not enough.

This network would not be bound by money since it can be amassed and cause crises. Instead, the basis will be economic social contracts:

The men of business stoop as they walk. They pretend not to see those whom they have already ruined. They insert their sting—their money—into someone else who is not on his guard against them. They recover the parent sum many times over multiplied into a family of children. And so they make drone and pauper to abound in the State. The evil blazes up like a fire. They will not extinguish it by restricting a man's use of his own property, nor by letting every one enter into voluntary contracts at his own risk. This will compel the citizens to look to their characters.

The social contracts will then make people look into their own behaviors and find differences more than similarities. To solve this disparity, each city-state defines its own behavioral template by enumerating the fundamental virtues that guide its citizens. We can call these as the constitutional virtues:

Those virtues make their abode in the minds of men who are dear to the gods, and are their best guardians and sentinels.

Precursors of this idea are the virtues of liberty, fraternity, and equality among the French, and those of independence, freedom, and happiness among the Vietnamese. Our innovation is to make them consistent with each other, as to be mutually supporting. These constitutional virtues can be changed according to the changes happening in society every 10 years or so.

For example, our proposed virtues for Maharlika are:

This would then lead to a common set of virtues for both societies:

These common virtues then become the metaphysical foundation of a new voluntary federated union of nations. This is different from the membership format of the United Nations (UN) which imposes no moral obligations other than to pay their annual contributions.

To cement such virtues in the minds of people, ancient civilizations used the concept of gods to represent virtues. If we use that method, then our virtues become gods or devas.

To combine these virtues and make it easier to use, we could unify these gods into one mega-god called SHIRE, RESHI, IRESH, or HIRES, etc as the God of both Maharlika and Japan.

Multilateral Trade and Clearing Based on Economic Social Contracts

Economic networks can then be formed between societies that have common virtues or gods. Unlike the current UN system that led to Bretton Woods that established the US dollar as the international reserve currency, this network can use local currencies, barter, and arbitrary points.

These will democratize world trade. It will allow poor countries to improve their productivity, while allowing rich countries to find more markets for their advanced technologies.

Why was Socrates’ system not implemented?

Independent city-states were the standard governance model after agriculture was developed. In Europe, however, it was overshadowed by the Roman empire which implemented a centralized system of:

This was mirrored in China by the Chin emperor who standardized the politics and commerce of the warring states.

The systems of the Roman Empire were later inherited by the Hapsburgs which became the royalty of Europe. These systems spread during the colonial period which created the problems that we have today:

Over time, when left unchecked, these accumulate into the mega-problems that we have today:

Social Superphysics looks into the history of each country to see how to implement its principles on them. In this way, the problems mentioned will be solved more decisively and sustainably.

For example, its proposed implementations are:

All these principles are into a long set of policy proposals condensed in a short book , including constitutional overhaul:

As temporary workarounds, the suggested policies for 2022 are:

Update: 3/2022
These workarounds would have reduced the need for financing which contributed to the 12 trillion peso debt which will be paid largely by the youth to foreign creditors. The actual policies in 2021 really are for the benefit of the financiers, pharma investors, and gambling lords. Because of the dire need for money, Duterte had to sacrifice the nation’s morals. It’s alarming that no one was keen enough to feel that money was causing the very problem"

Superphysics
Back to What-is-Maharlika?
Next Maharlika vs Philippines