Problems in the Philippines that were Less Intense in Maharlika

The Spanish conquistadors were naturally corrupt, as seen in the devastation they caused to the Inca and Maya. The only reason why Maharlika was not as devastated was because the natives were maginoo and surrendered after they were defeated. The Inca and Maya, on the other hand, fought until they were nearly wiped out by war and disease. Traces of this violent nature can still be seen in the violence in El Salvador, Mexico, and Honduras, which then force their people to form caravans going into the United States where violence is much less.

The natives learned from this corruption which was exacerbated by the ideas of liberalism during the American colonial period. The following are the problems from corruption:

1.a. The Huge Gap Between Rich and Poor

The corruption among the political elite leads to policies that lead to inequality, manifesting as the gap between rich and poor. This gap was at its worst durig the late period of the Marcos regime and led to its own sub-problems.

The phenomenon of squatters began with Diosdado Macapagal who overturned the egalitarian poicies of Magsaysay and Garcia by opening up the country to the US dollar which flooded urban areas. This made the people flock to the cities for jobs instead of staying in the rural areas to grow agriculture and industry.

The flood of money into the cities created inequality and poverty in the provinces. This made them a breeding ground for Communists, just as nowadays, it leads to terrorists and anarchists. This was aggravated by Ninoy Aquino who tried to use the growing Communist sentiment to oust Marcos for his own political agenda, and his wife Cory who actually freed them after Marcos was ousted. Little did he know that it was the Communists who were really using the Aquinos for their own ends.

Both Spanish and American colonization made the elite dependent on Spain and the US for military protection instead of building it themselves. This is the opposite of European tradition where the nobility became generals and military commanders. This martial weakness leads to territorial loss such as that of Sabah during Rizal’s time, and some islands in the Spratlys during Arroyo’s time.

The devaluation policy of Macapagal in 1962 destroyed Philippine industrialization and the export of goods. This, combined with the overpopulation poicy from the Church, gave the people no choice but to export themselves as modern day slaves to rich Arab countries. The worst part is that the government has supported this state-sponsored slavery by setting up offices and policies like the POEA, OWWA, OEC, POLO, etc.

During the Spanish times, the elite natives and Spanish occupied the land to export cash crops. In the American times, they occupy huge private corporations that sell media and utilities such as electricity, telecoms, and water. This is the opposite of most countries wherein the government owns the biggest media and utility companies which are operated with no or low profits, leading to good service at low cost.

The drug trade was strongly opposed by the Spanish. In fact, a foreign historian writes that drugs were only prevalent in Moro Philippines. This all changed when the Americans came and their liberal ideas led to the drug trade.

The Catholic Church which was used by Spain as part of its counter-insurgency policy, just as Islam was used by the Prophet Mohammad to impose law and order to non Arab lands, and the Americans use money to drive good behavior. Jose Rizal was an intellectual and was very much against the Church yet his anti-Catholicism is never taught in schools.

The following problems spring from the nature of the Church:

The Christian system only uses psychological punishment for bad deeds —- bad people are supposed to burn in hell. It doesn’t work if the person’s mind is strong enough to not believe in it. This is why criminals prosper.

In contrast, Islam has physical punishment (stoning, cutting of body parts) while Confucianism has public shaming, a social measure. The Roman empire collapsed quickly after they switched to Catholicism because they lost the physical and social strength that was the foundation of their armies that defended their empire against barbarians. 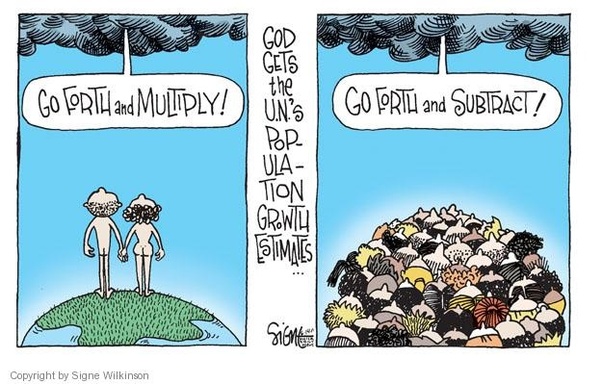 The main cause of overpopulation is because the Book of Genesis in the Bible encourages to be “fruitful and multiply” because 3,000 years ago, the world was empty and mechanization was not yet invented. But nowadays, the world is full and mechanization reduces the number of human workers for any task. Despite this, the population growth policy still hasn’t changed.

In the past, the conservative Church counteracted overpopulation by making sex taboo. But this changed with the invention of bikinis, the pill, and Western liberalism spreading throughout the world after World War II.

2.c The neglect of active thought and critical thinking

Church dogma stops the mind from thiking out of the box. The problem is that practical math and science totally rely on out-of-the-box thinking. Thus, math and science are naturally neglected. Why solve your problems scientifically when you can be just saved by Jesus with zero effort? The intelligent Germans solved their Catholic problem by inventing Protestantism which downgraded the status of the Church, Jesus, and the saints .

The neglect of math and science naturally leads to low skills in technology and industry. It is no surprise that both the Philippines and Indonesia, which have strong Catholic and Islamic traditions, are naturally at the bottom of PISA rankings for math and science.

The neglect of thinking graduall piles up into incompetence. This is most visible in government workers who do routine procedural tasks. When something happens outside of the routine, they simply reject it or force the situation to meet their procedure instead of any real, workable solution.

The strength of the Church relative to Islam leads to a moral inequality which leads to the rebellion by some Muslims in an effort to achieve balance.

Enrile didn’t want Cory to be president after the 1986 coup, but the Church got its way and the country went further down the drain from there through the 1987 Constitution.

We thus distill the root causes of the problem of the Philippines into two:

Our solution will therefore address both problems:

These solutions will be explained in future posts.

Superphysics
Back to What-is-maharlikanism?
Next A Solution to Corruption