According to Socrates, all societies have alternating seasons that begin with democracy that switches to tyranny, then aristocracy, then oligarchy, and finally back to democracy. 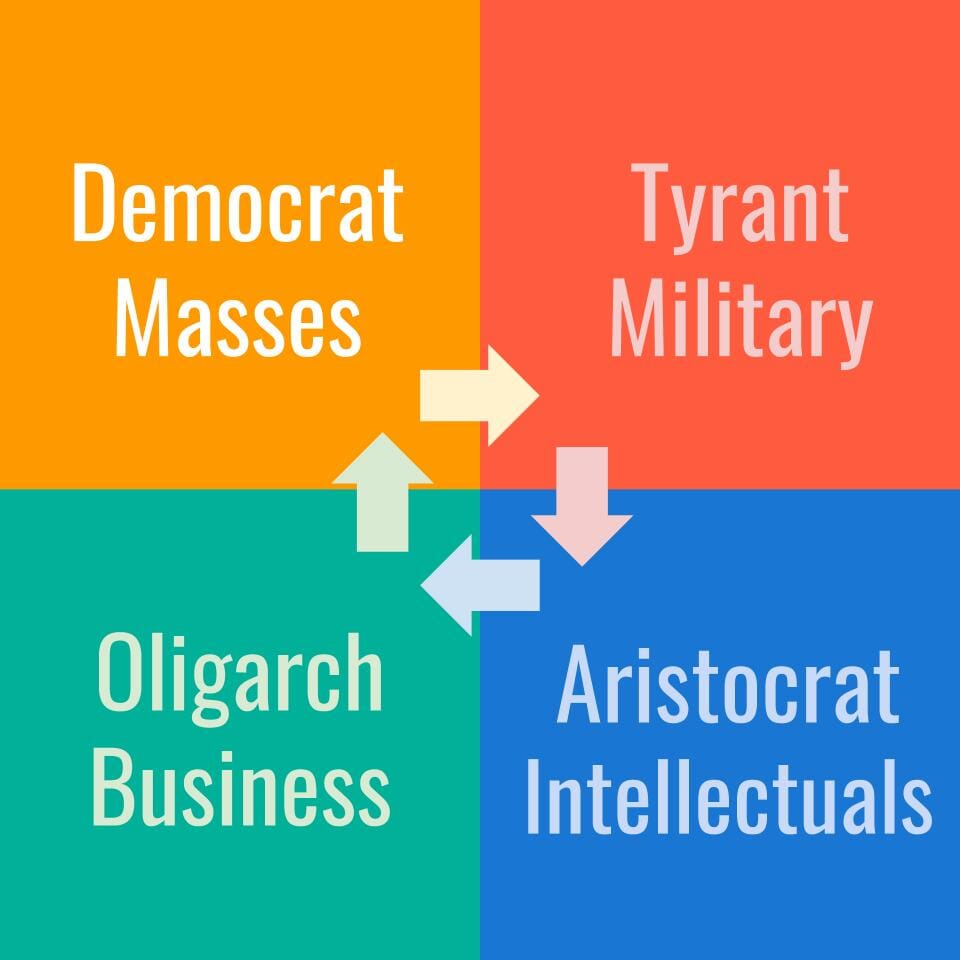 How does oligarchy change into democracy? Is it wise or not?.. Democracy grandly tramples on the fine principles which we laid down at the foundation of the city, through her forgiving spirit, and the 'don't care' about trifles. She never makes the pursuits which make a statesman.

We use this model to expose the current cycle of any society, based on the outcome of events. For example, a successful popular protest that topples a government indicates that the country is in a democractic phase. A successful military crackdown of that protest, on the contrary, will indicate that the society is in a tyranny phase.

We use outcomes of events to reveal the soul of the society, just as dust reveals an invisible object by establishing markers

*We use Maharlika as the name of the country that became known as the Philippines. The alternative is to use its Chinese version Ma-i.

Today marks an important moment in Philippine history because its Congress finally ended the franchise of ABS-CBN, run by a known oligarch family. According to our model, this proves that the country is undeniably no longer in an oligarch cycle.

This then gives us two clear data points – an oligarch and a warrior phase – which we can connect to two other known data points of the warrior phase in 1972 and the intellectual phase of 1986 to create a full “year” in the life of Maharlika, which lasts 48 Earth-years:

Next, we compare this age to the Roman Republic and the Roman Empire which are our benchmark societies. We see that their societies only lasted 7 social-years. 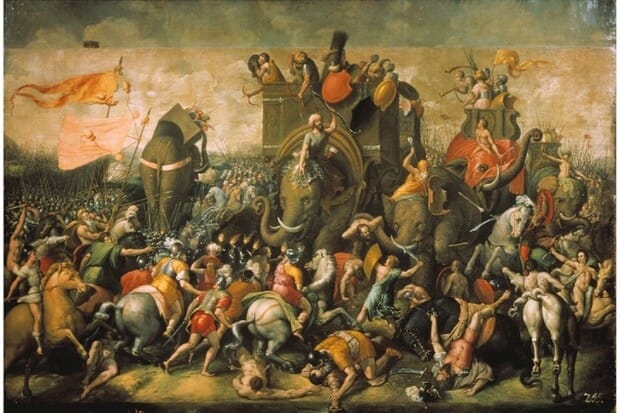 In order to harmonize it with the Roman social cycles, we split our cycles for the Philippines or Westernized Maharlika into two:

The one from 1572-1860 is actually a totally different entity from the one from 1860 to present. So in Socrates-speak, we are in the Third Democratic Cycle in the life of Americanized Maharlika. 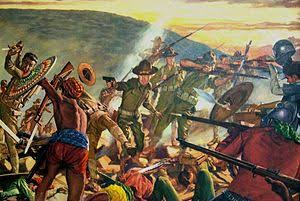 If we equate social-age to human-age, then we can say the country is in its early adulthood or early 20’s. Golden ages usually happen when a society is in its teenage to mid-adulthood, as seen in the Roman Republic’s dominance over Carthage and the Empire’s Pax Romana. Americanized-Philippines therefore has two social-years left to get its act together and get things right for the rest of its life*.

*This paradigm is based on the maxim that mentality creates reality. The combined identities of metaphysical souls create a new metaphysical entity called a society that has its own identity, mental dynamics, and life span. The events in that society are merely the physical manifestations of its metaphysical qualities, just as a person’s actions are the manifestations of his thoughts and feelings.

Know the Future by Knowing the Past

This system of getting a society’s metaphysical age is totally data-driven and has uses in prediction and policy-making in order to make laws that are in harmony with the dominant mentality of the people.

In the ancient past, prophets used their intuition to make such predictions and give advice to kings. Instead of getting data from physical events which are manifestations of metaphysical feelings, they tapped into the feelings of society directly, as their collective wave of desire .

The problem with the intuitional method is that feelings can be supressed as to not manifest in the physical dimension. For example, you could suppress your hunger so that no one will know that you are hungry. The doctor will then be unable to know of your hunger condition.

An event-driven system, on the other hand, measures the feelings that could not be suppressed, and so should provide more consistent results than intution-based patterns. This will allow the supersociologist (psychologist of society) to know where the problem lies.

The prevalence of big data allows us to have a more scientific basis for getting such event-data to make predictions. In data-science-speak, historical events serve as the training data for artificially-intelligent (AI) predictors to give advice on policy. These predictors then compete with each other on accuracy, just as ancient prophets competed with each other to get the favor of the people and the king, giving us “champion prophets” like Jesus, Mohammad, Isaiah, etc. 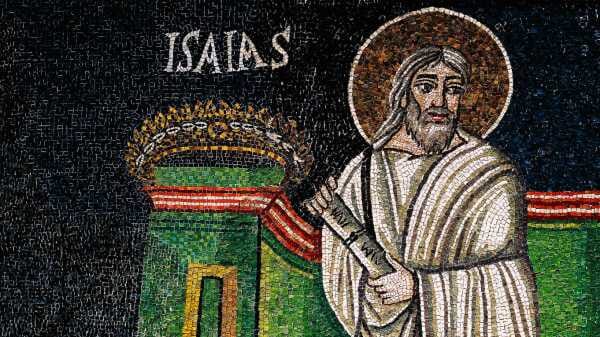 In a future post, we will go back in time to trace the life of Maharlika before 1565 as an Islamic country, before 1200 as Chinese, and before 900 as Indianized nation. This earliest Indianization is the reason why we choose the Sanskrit name Maharlika to identify the nation. The era of Maharlika, from pre-900 AD up to 1565, is much longer than the short 300-year reign of the Spanish Philippines.

Superphysics
Back to Home
Next Simplified Pigafetta