The Metaphysics of the Marcos-Aquino Rivalry

Last week, the Philippine media was alarmed at the candidacy of Bongbong Marcos for President for 2022.

Bongbong is the son of dictator Ferdinand Marcos who plunged the country to debt and crisis from 1983 to 1986. Ferdinand was ousted by Cory Aquino, a housewife who had no knowledge of governance. This resulted in coups, disorders, and natural disasters which were only stabilized in 1992 after the election of Fidel Ramos, a military general.

Because of the abuses and grand theft done by Ferdinand Marcos and his wife Imelda, it would be a no-brainer to ban their family forever from politics, right?

Yet we see the Marcoses making a comeback:

This confounds news commentators and political scientists who have no knowledge of metaphysics. Because of this ignorance, they blame the people for being forgetful and even stupid as to elect the family of thieves and abusers*.

*Imee Marcos was even accused of killing a student activist in 1977.

To explain why the Marcoses are making a comeback, we must consult the all-wise Socrates.

According to Socrates, society is divided into four classes:

The leadership of society shifts from one class into another, creating a known pattern or cycle*, similar to the seasons of spring, summer, fall, and winter. Spring always changes into summer and never goes back into winter.

*Our Four Laws of Value then explain that these classes and cycles are based on the four laws of thermodynamics where desire is the ’energy’ of society. Both physical heat and emotional heat come from the aethereal layer. These ideas then form our proposed paradigm called Supersociology

These four natural classes can be reduced to two as Conservative vs Liberal, as explained by moral philosopher Adam Smith:

In every civilized society which has the distinction of ranks, there were always two systems of morality: the strict or austere and the liberal or loose system. The austere is generally admired and revered by the common people. The loose is commonly more esteemed and adopted by the rich. The Simple Wealth of Nations, Book 5

Every society has their own version of Conservatism vs Liberalism. This is easiest seen in democracies that have no single ruling class:

By plotting the shifts of leadership all the way from 1572 (when leadership switched to the Spanish), we arrive at our forecast that the Philippines entered into the neo-conservative or tyranny cycle in 2014 after supertyphoon Haiyan which shocked and awed the soul of Philippine society*.

According to Adam Smith, natural disasters are most effective in impacting the human mind. One of the effects is the mental creation of gods for the sun, lightning, earthquakes, etc as polytheism, for the mind to console itself

During that typhoon, the country was led by liberal Noynoy Aquino who was impotent in disaster response, just as the previous government was impotent in dealing with typhoon Ondoy and the Oakwood mutiny. This exposes the main problem with liberalism which is weak governance:

The Simple Republic by Plato, Book 8

The weakness of Noynoy Aquino then led to the fall of the Liberal Party and the rise of Duterte, Marcos, and Villar. His weakness mirrors the weakness of his mother Cory who had to rely on the US Air Force to defend her from the 1989 coup.

But why is liberalism weak in governance?

This is because liberalism enshrines private pleasure, of which external governance is its main enemy. A child, who loves the freedom to play video games all day, would see his parent’s ban on video games as oppressive governance. This is why liberals advocate big business and small governments. The smallness of governments then lead to fewer instances of corruption. Instead, the evils transfer to the private sector as inequality.

This is why it’s correct for Cory, Noynoy, and Robredo to claim not being corrupt – because they are not governing! Instead, their preferred method is to outsource the governance to institutions*. For example, the failure of Noynoy to save the SAF44 was due to his reliance on the institution called the “peace process”. Whenever conflict erupts in Mindanao, Liberals blame it on the failure of the “peace process” instead of themselves.

*Examples of this in the West are NATO and the WTO, which conservative Donald Trump is against, as proven by his non-funding of NATO and trade war

In contrast, conservatism requires the government to be bigger to oversee the society, acting like a big brother or even a tiger mom*.

*The tiger nature of Asian governments like Singapore and Taiwan lead to Tiger economies, as opposed to the lazy landlord rent-seeking governance in Banana Republics

This greater size naturally leads to more instances of corruption*. Historically, this manifested as warrior kings who led the battlefield while being judge, jury, and executioner rolled into one.

*A possible solution is to automate the government as much as possible.

An easy proof is Afghanistan which quickly dropped its institutions and went back to simple Shariah after the Americans left, with the Taliban being judge, jury, and executioner.

*An example is Conservative Duterte constantly borrowing and spending for Covid without knowing how to pay for it. Another example are the Marcos cronies who were inferior to the South Korean chaebols and Japanese zaibatsus

This is why Socrates denounced democratic elections and instead advocated a single ruling class, called Guardians , that has both qualities. This is currently best seen in:

No Metaphysics? No Solution.

In all these cycles and shifts in governance, the general mistake is that no one realizes that the solution lies in moral philosophy (not religious morals). It is the lack of morals or fellow feeling with others and cause & effect that leads to corruption.

Another mistake is in Western political philosophy shallowly dividing politics into left and right wing. This is shallow and wrong because this makes an extreme left winger, such a Communist, as an anti-democratic democrat. This mistake is glaringly obvious in the names of countries:

Prior to the Marcos-Aquino rivalry, the Conservative vs Liberal feud took the form of the Marcos-Lopez War, as written by Mijares:

But it was Imelda who was the more dedicated in the fight to crush the Lopez empire.. It was almost a certainty that Marcos would run out of time in the fight. The Lopezes would have outlasted him. They would make another man elected as President.

In the past, political rivalries in the Philippines under Spain and America were not so intense. The Spanish never had serious opposition, nor did Manuel Quezon under the Americans have huge scandals. In fact, Manuel Quezon administration was the most civilized in all of Philippine history. From 1946 (Manuel Roxas) to 1957 (Carlos Garcia), politics seemed mild, with far fewer scandals than today.

What caused the intense rivalries in Philippine politics?

The Rivalries Erupted after Laurel-Langley

The Marcos-Lopez rivalry began as an effect of the Laurel-Langley Agreement . Prior to this law, the economy of the Philippines was directly under US control. Manuel Quezon’s government was civilized because it was governed by the US which prevented internal disputes. This is similar to how Magellan offered to destroy Lapu Lapu to unify all the Visayan datus under Humabon.

Laurel-Langley took effect in 1956 and freed the country economically by un-tying it from the US. It allowed the local elite to decide economic policies such as trade and currency controls. It also removed American ownership in certain industries which were then sold to locals. This created two sets of elite:

*Spanish policy oppressed the Chinese in the Philippines, preventing them from dominating like in Malaysia. This changed when the Americans came, allowing the new breed of Sy, Gokongwei, Caktiong, etc.

The Liberal Lopezes Checked by the Conservative Marcos

The Lopez family began as a native Filipino textile exporter in the Spanish times . They switched to sugar during the American period, as sugar which was in demand in the US. Finally, the family through Eugenio Lopez switched to telecoms and energy after Laurel-Langley*, buying ABS from American James Lindenberg in February 1957 and Meralco in 1962, making Eugenio the wealthiest man in the country.

*Because the law extends sugar quota to 1974 (an industry that Lopez excels in), as well as the perfect timing of the Lopez acquisition of ABS and Meralco, we can easily speculate that the law itself was lobbied by the Lopezes for their own gain. Marcos then hacked the laws into the 1973 Constitution for his own gain just as the liberals hacked it back into the 1987 Constitution.

Nature always balances out forces and energies, especially those that are too strong. This extends in economics and politics. If profits are too high in one industry, then people will flock to it to reduce the profits via competition. If power is too strong in one emperor, then the senate or rival emperors will band together to fight him and reduce his power*.

*This is known as natural price theory and balance of power, respectively

Marcos emerges from being a congressman to balance the Lopezes as a dictator. First, he allies with the Liberal Party and the Lopezes who propel him to the Presidency. Then he jails them and takes their corporate assets *.

*We can say that Ferdinand was a Machiavellian leader

The problem is that conservatives are awful at business. This led to Marcos choosing cronies that were inferior to those of other countries:

Government management of mercantile projects like this requires orderly, vigilant, and parsimonious administration, like those in Venice and Amsterdam. But the government of England was never famous for good economy. In peacetime, she has been slothful and negligently profuse. This is perhaps natural to monarchies.

The Simple Wealth of Nations, Book 5

Like the British monarchs, Marcos was also extravagant in his spending. This, combined with the weakness of his cronies, led to economic decline after the preferential US sugar trade ended and imports started flooding in after 1975.

The Liberals and Neoliberals Strike Back

The Liberals start their revenge by establishing the Makati Business Club in 1981 which supported Cory in 1985. Three of its incorporators were rewarded with key positions in her government:

The Liberals then paved the way for the evil neoliberal Gloria Arroyo who sold the country .

The Return of the Conservatist

Nature, as global warming, then brought back conservatist Duterte in 2016 by a landslide victory to balance the liberal forces just as it brought Marcos to deal with Lopez in 1965. Along comes the Marcos children and, thus, the current situation. 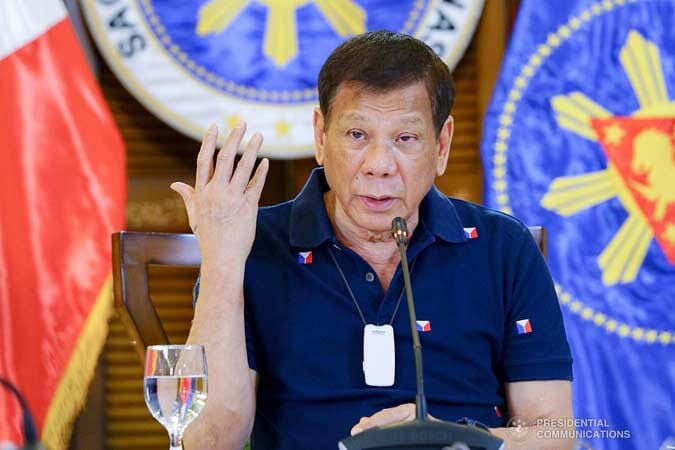 With these, we can now classify Philippine politics accordingly:

The decline of the Lopezes proves a metaphysical maxim that power and wealth do not last beyond three generations . The Marcos-Lopez Rivalry was replaced by Marcos-Aquino which itself will likely be replaced by Duterte-someliberal. A Marcos-Duterte tandem will help transfer the baton from the Marcos family to the Duterte family to keep conservatism alive beyond three generations.

Socrates knew about the cycles of governance. This is why he advocated the unity of both conservatives and liberals by establishing a conservative base with liberal appendages.

Wars and disasters are like diseases which harm the whole tree of society. To preserve it, the branches are cut and pruned in order to preserve the root so that it can sprout again after the disorders end. Maharlikan culture is the solid base that can help the country grow despite the frequent calamities of a heating planet.

Democratic societies, such as the US and the Philippines, take an all-or-nothing approach. This causes the whole tree to be cut down and regrown after each disaster or crisis. This causes them to lag behind their neighbors, such as China and Japan, who have a single, unified ruling party.

Superphysics
Back to Gloria Arroyo: Evil Genius
Next Natural Industries