Neoliberalism in the flesh

In a previous post, we pinpointed the guaranteed collapse of the Philippines to the neoliberal policies of the corrupt Diosdado Macapagal in the early 1960’s. He devalued the peso on January 22, 1962 for the sake of easy economic growth. This made borrowing attractive since the currency could be devalued to make debt payments easier at the cost of inflation.

This is what Marcos did to perfection.

If the Philippines of the 1970s were a family with Marcos the father, then he was a father who became so dazzled by foreign money that he sold his house and his children as slaves just to get that money. The house is now occupied by a foreign oligarchy who hold dual US-Philippines citizenships, while those slaves are now called Overseas Filipino Workers or OFWs. Hordes of OFWs now must work overseas to bring that money into the banks and economy of the foreign oligarchs who are the new masters of the house.

The corrupt neoliberalism of Macapagal was continued by his daughter Gloria Macapagal-Arroyo or GMA by:

selling off the country: privatization and onerous deals* which rake in money, but also make life more difficult for the lower classes selling parts of the country to ChinaEPIRA: Philippine water and prime land was sold off by Ramos, Phlippine telecoms was sold off by Erap, and Philippine energy and water (again) was sold off by GMA. The result is that the Philippines has high electricity rates, slow internet, and a lack of water. 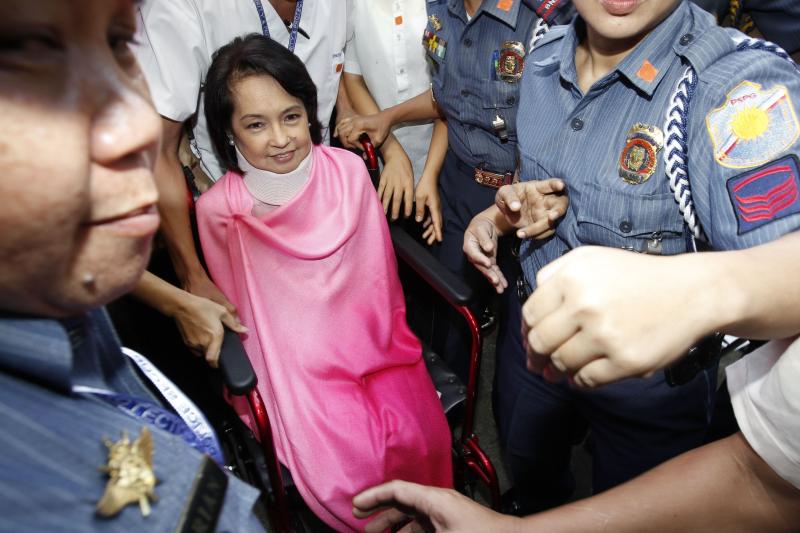 In a nutshell, GMA is like an evil corporate executive who does much work, but charges a high fee, which manifests as corruption and the support of oligarchs — the neoliberal way of governance.

For an enslaved people who have surrendered their sovereignty to the Church, oligarchs, and vested interests, having a mild, but effective slave driver (President) who can provide some real benefits (economic growth) might be the lesser evil to corrupt politicians that cannot deliver anything, such as Erap.

Superphysics
Back to Golden Age Marcos
Next marcos-aquino-rivalry