How Qosts Can Make Fusion a Reality

The previous post explained the concept of Qosts or the quantum of space time . These are points in spacetime that gather energy to create mass in order to create discrete things. These create spacetime by their mutual repulsion and, thus, are essential in levitation and teleportation.

These can also be employed to harness energy in two ways:

Physicists are going for the second approach after learning how to extract atomic energy in the 1940’s through nuclear fission reactions, as a consequence of atomic theory. However, fission is limited and dangerous. This led physicists to go for fusion which is supposed to be clean and safe.

Fusion is done by heating hydrogen into a plasma as to create energy. In a star, this plasma is confined by a gravitational field from the star’s qost. This allows the hydrogen to get compressed which creates mass which adds more gravity and consequently, more heat. This then creates fusion which releases energy as starlight and sunshine.

Without this confinement, the star would dissipate immediately. And so, the extreme sustained confinement and compression is the key to fusion.

Humans try to recreate fusion by using magnetism instead of artificial gravity to confine the plasma. The problem is that magnetism uses up electrical energy in the process. This makes the input cost of outputting fusion energy very high. When added to all the cost of making the reactor and its maintenance, it can possibly lead to loss. This makes fusion-by-magnetism commercially unviable – a sheer waste of money, time, and effort, similar to the wasteful expense for dark matter detectors which have detected nothing and will detect nothing.

The problem is that this method only applies to the last three layers of our five layer model, specifically, the electromagnetic, radioactive, and material layers. 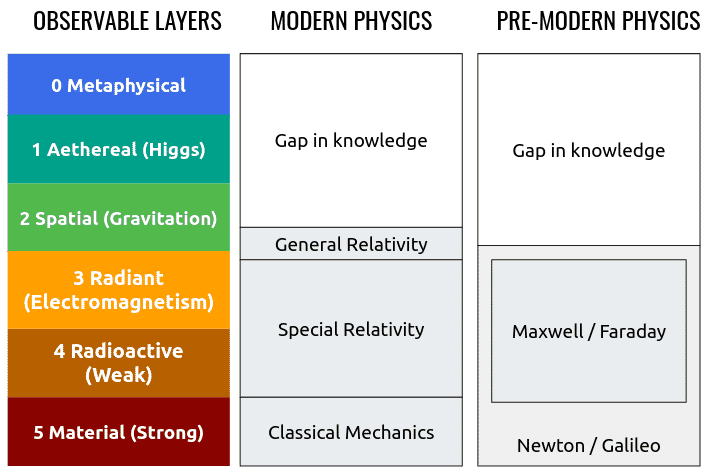 It does not apply to the upper two layers of the spatial or aetheric, where crudity is replaced by precision and sophistication. The technological designs for the lower three layers are so simplistic:

The Spatial (gravitational layer) is different because it is based on points, and points connected with other points lead to geometries. These are then manipulated by the upper aetherial layer which is based on waves, examples of which are sounds and waves of feelings. In the aethereal layer, the points of the spatial layer manifest as discrete ideas instead of discrete objects and matter.

Historically, these geometries manifest as pyramids and pyramid blocks which must be precise as to fit perfectly like lego bricks. 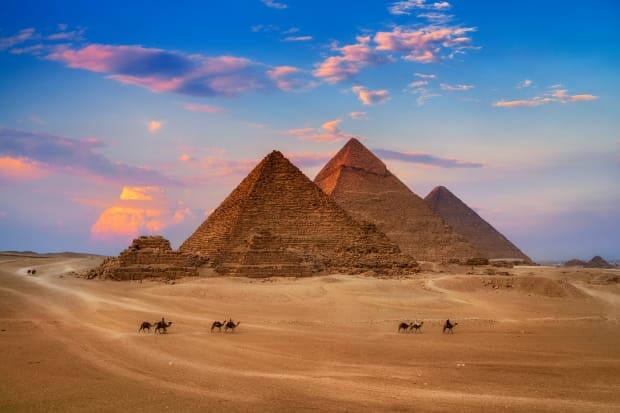 In fusion, these geometries manifest as the different shapes of the fusion reactors which represent the different ways of confining material plasma, as explained here .

These can be grouped into two:

These are used by advanced alien civilizations as the basis of their UFO design:

It’s clear that alien civilizations have figured out how to harness fusion. If the smallest ship is 7 meters in diameter then its round fusion reactor should be small enough to fit inside a bus, unlike the current reactor designs which occupy whole buildings.

So what is missing in the human version?

The main problem is that physicists haven’t discovered the underlying principles for gravitation. Currently, this is supposed to be done by Einstein’s General Relativity (GR)*. However, upon closer inspection of his theory , it’s clear that GR is merely Special Relativity (SR) applied to cosmic objects. The proof is the necessity of light to prove GR:

The problem is that SR is based on the principles of electromagnetism, which is the lower layer under gravitation (spatial layer). This leads to absurd concepts like a singularity that defies physics. The predictions of GR are only true for whatever is visible in the universe. It doesn’t apply to invisible things, such as dark matter, actual black holes, and the relationships between different cosmic objects.

Take away light and Einstein’s General Relativity fails! The problem is that the visible universe is a very very small part of physical reality. GR has no opinion on other dimensions or multiverses and so quantum physics messes around with quack theories like Penrose’s CCC.

Hindu and Buddhist monks have figured out all the five layers of the universe and that’s why they ended up denouncing physical reality. Instead of immersing in the material world, they focus on the highest aethereal layer which is pure metaphysics. A side-effect of this is having siddhas or supernatural powers. They are only “supernatural” because the human definition of the “natural” world is the universe that lies in the four lower layers:

One of these powers is to levitate using their center of gravity.

This shows how low energy input as metaphysical Effort*, without any physical fuel source or physical Force, can produce “work” as to physically lift a man by altering his gravitational signature .

*This concept is one of the basis for our Effort Theory of Value , derived from Adam Smith, and is the foundation of Pantrynomics. It is opposite of the ‘scarcity’ embraced by Economics which makes it into a dismal science.

This is the same technique used by UFO’s to lift themselves without needing boosters nor bulky fuel tanks. It implies that their ships are sentient just as the monk is sentient or has his own ability to express metaphysical ideas and do effort by himself.

Fusion is thus created when a sentient computer manipulates the gravitational signature of hydrogen, as deuterium, as to both confine and levitate them. This is the same thing that stars ( stellar qosts ) naturally do to clouds of gas and dust in a galaxy to start fusion and actually become stars.

This system does not need an external fuel source or large amounts of external energy, making it very long lasting and sustainable. In fact, stars use it to give free energy* for billions of years until it runs out of gas, literally.

In fact, magnetism plays a very negligible role in this type of fusion because if a UFO’s reactor were mostly magnetized then it would be left behind whenever the UFO teleported to another location!

A gravity-based fusion reactor then has two shapes:

So how do we get there?

Since artificial gravitation is the key ingredient to sustainable fusion, the first step is to actually levitate things without using electricity. This was done by:

*The Israelites came from Egypt, so their scientists, who were called priests or rabbi, would have some idea of how the gravity tech of the Egyptians worked.

Material Superphysics builds on Kepler’s Laws to rebuild the principles of the material Universe based on sound from the perspective of the Supreme Entity instead of the shallow human view based on sight. This bypasses everything from Aristotle to Ptolemy, and Newton to Einstein, who created Physics principles from a shallow observation of cause and effect:

So the steps towards sustainable fusion are:

*The TAE reactor has this idea, but because it has no concept of gravitation, it has no choice but to raise the plasma to extreme heat which will make the whole thing wasteful

An electron (qoe) merely reflects the data that already exists. This is different from a qost that actually creates data.

He cited the experiment of Michelson and Morley which detected no material aether in space. But this is because aether is not in the spatial layer, but rather in the aethereal layer. This aether was later detected as the Higgs boson which proved the existence of a Higgs field that gave mass to particles.

In the sequence of creation in Superphysics, data starts in the aethereal layer. This then is coursed through the spatial layer through qosts which turn the data into physical reality through qosts (gravitons in Physics) which manifest as stars and other gravitational objects. These objects combine the preexisting energy with the data from the aether in order to create particles that have mass and emit the data as photons, sounds, tactility, etc.

Thus, aether cannot be measured by electromagnetism just as you cannot shine a physical light on ideas or souls to see them. Instead, it follows the dynamics described by Hinduism, Taoism, Timaeus, and Descartes.

Superphysics
Back to Qosts
Next Qoe